What are the Trends? 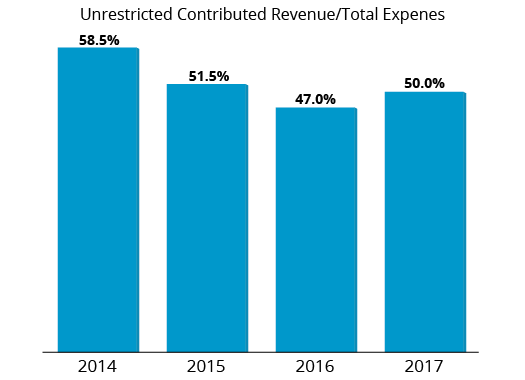 Unrestricted Contributions Covered Less Expenses in 2017 than in 2014 for all sectors except Music, Opera, and General Performing Arts

Breaking down trends by sector 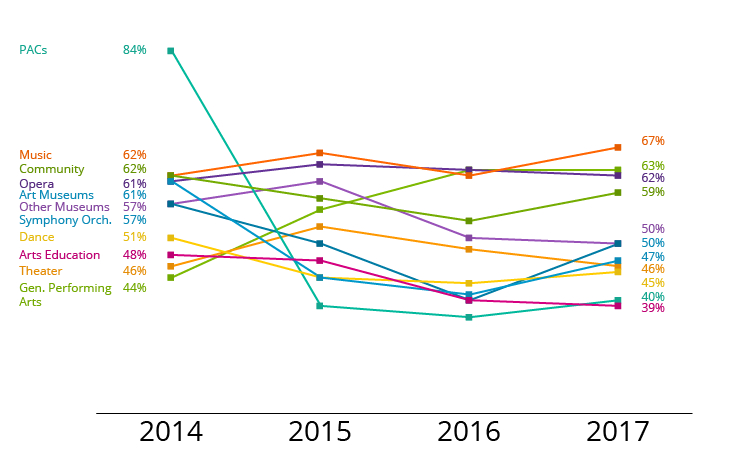 A majority of the sectors experienced volatility in their unrestricted contributed revenue relative to their total expenses from 2014- 2017. Art Museums, Community, Dance, Performing Arts Centers and Symphony Orchestras saw a drop in this index in 2015 and 2016, followed by a slight recovery in 2017.

Only 3 sectors, Art Museum, Symphony Orchestra and General Performing Arts, out of the 11 had lower total expenses in 2017 than in 2014 after adjusting for inflation. For Art Museum and Symphony Orchestra sectors, the drop in unrestricted contributed revenue was greater than that of expenses, driving down their index levels.

Breaking down trends by size 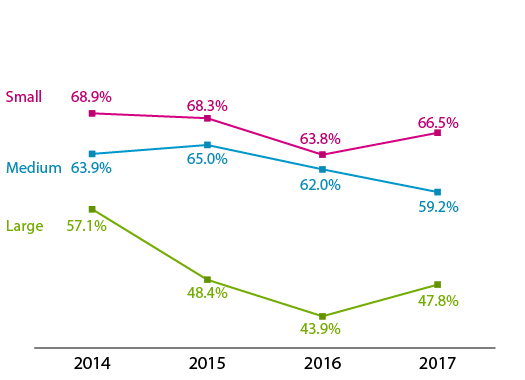 Comparing Growth in Markets Across the Country 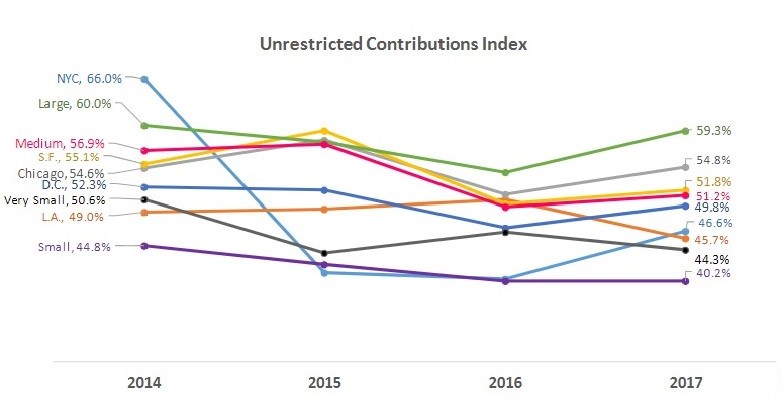 Where You Operate Matters

The average organization in Large markets, Medium markets, San Francisco, and Chicago consistently covered more than half of expenses with unrestricted contributions.