A Landmark Fundraising Report Is Raising Impact In The Arts

Arts organizations are spending less on fundraising, shifting more of their fundraising budgets to staff and far less to other costs, and taking in less in contributions for every fundraising dollar they spend, says a pioneering new report from SMU DataArts. 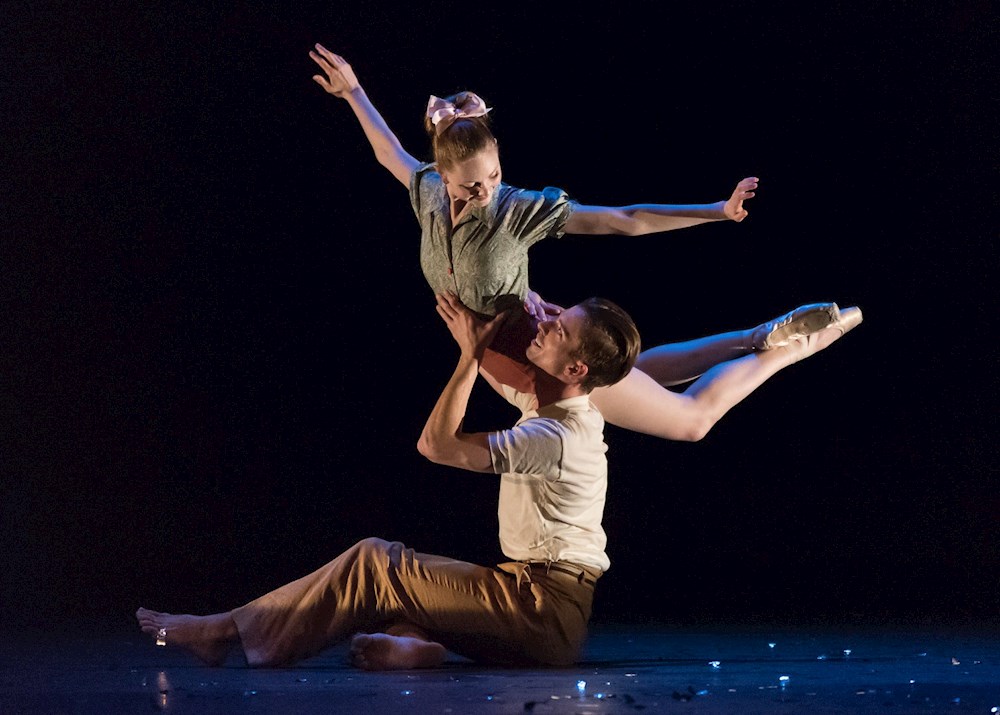 In the years 2014 through 2017, arts groups spent 3.3% less on fundraising, and raised 5.9% less in average contributed revenue, while increasing their average spending on fundraising staff to 62.4% of their fundraising budgets from 54.4%, all adjusted for inflation, says the Fundraising Report from SMU DataArts.

Support from most sources was relatively flat, annually and over time, relative to expenses, but individual giving helped dampen the eroding return on fundraising spending. Fewer individual donors gave more, with growth in unrestricted giving by individual donors other than trustees as a share of total expenses outpacing inflation by 22.2%, adjusted for inflation.

“Individuals are the greatest sources of contributed revenues for all the performing arts sectors,” says Zannie Voss, director of SMU DataArts and professor of arts management at SMU’s Meadows School of the Arts and Cox School of Business.

But overall, “the field is starved for resources,” says Karen Brooks Hopkins, Nasher Haemisegger Fellow at SMU DataArts and retired president of the Brooklyn Academy of Music. “It represents a cash crisis.”

The report represents a milestone for the arts and culture sector, and an unprecedented opportunity for individual arts organizations to think critically about their fundraising, says Arin Sullivan, deputy director of SMU DataArts. Using data from the report, organizations can look at their own fundraising, compare it with trends in their respective arts sectors and geographic markets, and among similar arts organizations their own size, and retool their strategies and tactics.

“Here’s a touchstone about the big picture and how it’s going for all of us,” she says.

The report is the first from SMU DataArts since it was formed in August 2018 through the merger of the National Center for Arts Research at SMU, and DataArts in Philadelphia.

In 2016, before the merger, NCAR also launched the KIPI Dashboard – “KIPI” stands for Key Intangible Performance Indicators – a free online tool that allows arts organizations to assess themselves on 24 broad measures in such areas as revenue, expenses, marketing and staffing, and use the results to compare themselves to peers throughout the U.S. that are similar in size, field of interest, and audience and community demographics.

“DataArts was successfully collecting data, but was relying on others to provide insight, and NCAR lacked direct access to end users” such as arts organizations and grantmakers, says Sullivan, who before the merger was vice president at DataArts. “This is our first report as a merged organization. It’s the first time we can give you context of the entire sector’s trends and, through SMU DataArts analytics, to see all your own organization’s trends over the past four years, and you can say, ‘What does it mean? Am I spending more than everyone else? Am I getting less in return? Am I doing really well compared to my sector’s average?’”

The Data: Investment in Fundraising

“What we’re seeing in growth in giving from individuals is the result of building long-term relationships,” says Voss.

“I don’t think development personnel are being overpaid,” she says. “I think investing in development staff is necessary because people give to people. It’s about the long-term relationship development. And were organizations to cut back on development staff, they would see a corresponding decrease in contributed revenue over the long term. There are consequences to that.”

Art museums took the biggest hit in their return on fundraising spending, typically raising 20% less for every fundraising dollar they spent in the four-year period, while community-based arts groups posted the biggest gain, raising nearly 29% more per dollar spent. 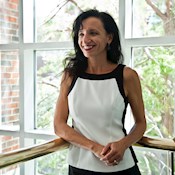 The Data: Giving by Individuals, Other Sources

As a share of total spending, unrestricted giving by individual donors other than trustees grew to 8.3% in 2017 from 7% among the 1,888 organizations that provided data for all four years.

Support from other sources – trustees, corporations, foundations and government – varied less than 1% a year relative to expenses over time, indicating that relationships with supporters were reliable and stable, and that their commitment was consistent.

“If you’re covering no more than 2% of expenses from corporate philanthropy, that’s normal,” says Voss.

More state and federal grants in a market led to higher giving from individuals, trustees and corporations, but lower giving from foundations.

The Data: Giving by Sector, Size, and Location

The larger an organization, the more diverse is its portfolio of contributions; the less reliant it is on cash contributions given in the current year for current activities; and the better able it is to do multi-year planning and attract funding for future projects.

Arts and culture organizations in New York City had the highest percentage of expenses covered by government support, 9%, followed by groups in Washington, D.C., 8%, while those in Chicago had the lowest amount, 2%. The amount was 6% for organizations in medium markets.

New York organizations had the highest average number of corporate donors, 12, while those in Los Angeles had the fewest, 4. Foundation support was strongest in Chicago, covering 7% of expenses. Organizations in New York received more foundation grants than those in any other market, but those grants covered only 3% of expenses.

Putting the Data to Work

Arts organizations can use the new Fundraising Report to put their own strategies into perspective and make improvements if needed, says Sullivan, the deputy director at SMU DataArts.

“Where am I wasting my time and where do I have opportunity?” she says.

Organizations also can use the report to “provide context and information to board members who may not be familiar with patterns” at other arts organizations, she says. “The more we can arm them with real, hard information, the more powerful their contribution can be as a board member.”

Voss, the director of SMU Data Arts, says it is critical for individual organizations to compare their own fundraising to that of comparable organizations.

“The question is, what are the trends for organizations of your size and sector and even market?” she says. “Striving to look like an organization that doesn’t look anything like yours often just results in frustration. Who you are and where you operate matters.”

While it is important to build long-term relationships with individuals, “how you do that may change over time,” Voss says. “How you make connections with the younger generation may be different. It’s important to understand how to be nimble and responsive to the needs of your donors.

"We see shifts in giving that are generational, and the way older generations give is different from millennials and younger generations,” she says. Among younger donors in high-tech cities like San Francisco, for example, “there’s more a sense of wanting to see what their return on giving is going to be. There’s more of a sense of wanting to see the demonstrable impact you’ve had with that money.” Younger donors also want to see “a big impact in global areas rather than just wanting to support organizations in their backyard.”

That trend among younger donors makes fundraising even more difficult for arts organizations, Voss says, because they “have an aesthetic product. What was the impact on individuals? That’s a difficult thing to measure” compared, for example, to quantifying the reduction of homelessness in a community.

One key to fundraising growth is to think about future projects, Voss says.

“So many smaller organizations are doing what they can just to get from day to day,” she says. “The ability to inspire enthusiasm now for a project in the future, dreaming big, not only can expand the scope of work, but it also mitigates the financial risk for taking on that project. If I know this year I’ve already raised 50 percent of costs for a project next year, it gives me some level of confidence that I can carry that off without sinking the organization.”

As president of the Brooklyn Academy of Music from 1999 until her retirement in 2015, Brooks Hopkins says, “Fundraising occupied my energy and brain probably every hour of the day, except when I was sleeping.” And even at night, she says, she kept a pad and pencil on a bedside table in case she woke up with an idea about fundraising.

Since retiring “because I needed a rest from fundraising,” she has devoted a lot of time to research and trends on arts-and-culture fundraising as the Nasher Haemisegger Fellow at SMU DataArts and a former senior fellow at the Andrew W. Mellon Foundation.

Large arts organizations face enormous fixed expenses – such as labor unions, facilities, significant staff costs, and the challenge of filling big auditoriums or museums – while smaller organizations “struggle to get attention and resources and to even be on the radar in certain cases,” says Brooks Hopkins, who also is a member of the board of directors and senior adviser at the Onassis Foundation.

“And the political landscape in the country has caused many donors who are typically supportive of the arts to redirect their funding to important causes such as the ACLU, Planned Parenthood and other not-for-profits that they are concerned about in this climate,” she says.

“The arts and humanities have always struggled for their share of the philanthropic dollars,” and last year received only 5% of the $390 billion given to all charities, she says. “It was already tough, and it continues to get more complicated.”

The cash crisis they face causes arts organizations to stick with “safer” programming and less risk-taking, Brooks Hopkins says. Arts organizations’ buildings, which are “some of our greatest historical treasures,” fall into disrepair “because you don’t have the cash to fix them,” she says. And while organizations are “dealing with 21st-century audiences, we can’t keep up with the technology to serve them.”

Compounding those problems is a “crisis of talent” in the fundraising field, she says.

“Arts and cultural workers, particularly in the smaller organizations, are dramatically underpaid,” she says. But they need more training, and they often move to different organizations, which “impacts the learning curve and hurts the institution’s ability to communicate effectively.”

“People are not lining up outside the door who can do this brilliantly,” Brooks Hopkins says. “It’s complicated work. You have to be completely organized and extremely focused. You can’t miss deadlines and make mistakes. You have to be very articulate and able to write fast. And you need a thick skin, and not everybody can handle it. The work is very hard, and it’s filled with rejection 90% of the time. Because of that, many people don’t want to do it.

“But securing a grant or gift can be empowering and fulfilling for a fundraising professional, and help make fundraising an exciting career for the strong of heart,” she says.

As they use the Fundraising Report as a diagnostic tool, arts organizations can take other steps to improve their fundraising, Brooks Hopkins says. They can do a better job, for example, identifying and recruiting board members, who “provide oversight, leadership, represent you in the community, and are your largest source of giving,” she says.

Ultimately, Voss says, arts organizations can use data from the Fundraising Report to “go back to some of the basics.”

And arts organizations can use the KIPI Dashboard, the free online diagnostic tool that SMU DataArts offers on its website, to “see how your organization is performing on a variety of metrics, in this case fundraising.”

“Think about how you’re currently allocating fundraising dollars,” she says. “Are there other ways you can engage the donor community?” 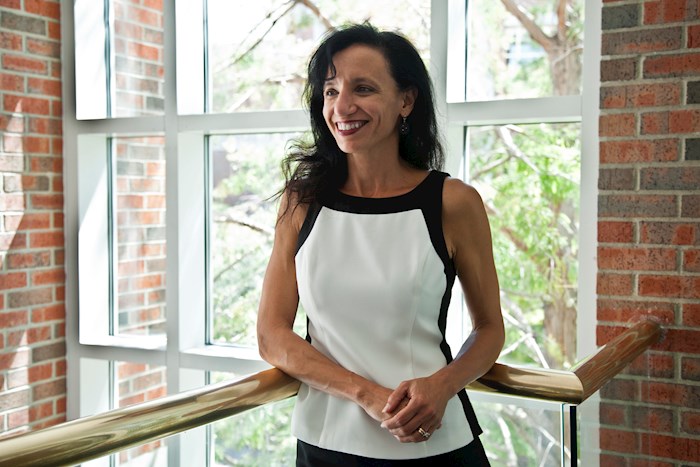 Webinar With The Author

Zannie Voss discusses what data is needed to make informed decisions about fundraising strategies and the key findings that this study reveals.

Read the full Fundraising Report and find key takeaways to apply to your organization's strategies.

Subscribe to receive all of our arts research reports as soon as they become available.